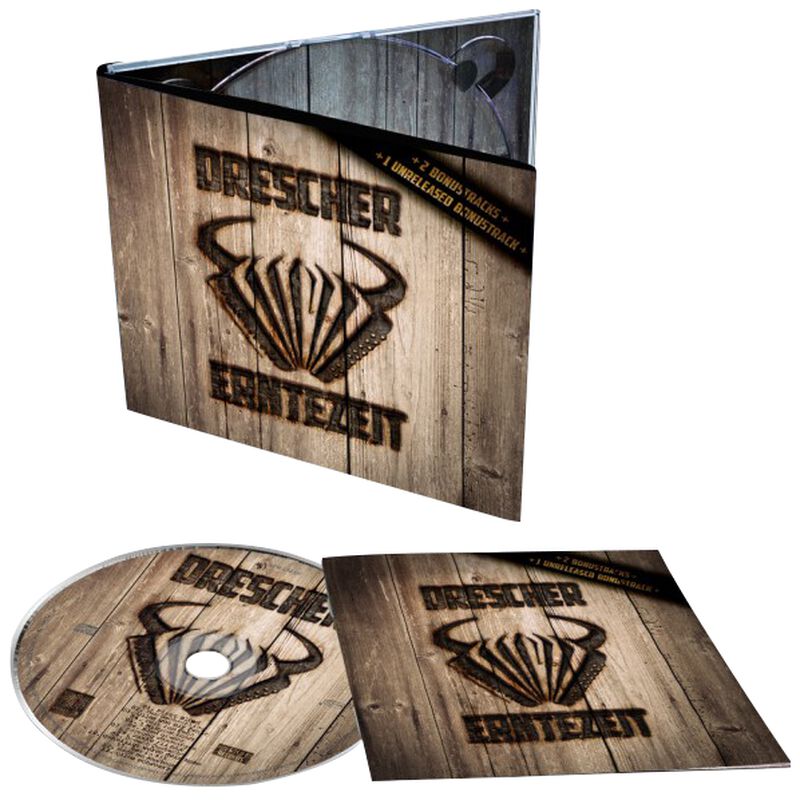 Austrian folk thrashers DRESCHER mix authentic folk music with 90’s metal riffs. The lyrics deal with everyday life and, of course, they’re sung in a glorious local dialect. Trust DRESCHER to come up with a combination that sounds this good! Their debut album ‘Erntezeit’ had everyone raving when it first came out, paving the way for their musical success. Now the five Austrians are re-releasing it with 3 extra bonus tracks as well as a 24 page album booklet. You could call it crossover metal sung in an Austrian dialect, but it’s easier to just call it FOLK METAL. They’ve even honoured their heritage with the unmissable ‘Rock Me Amadeus’. You could say it’s thrash metal from the heart of Austria, but it’s easier to just call it DRESCH METAL. That is DRESCHER.