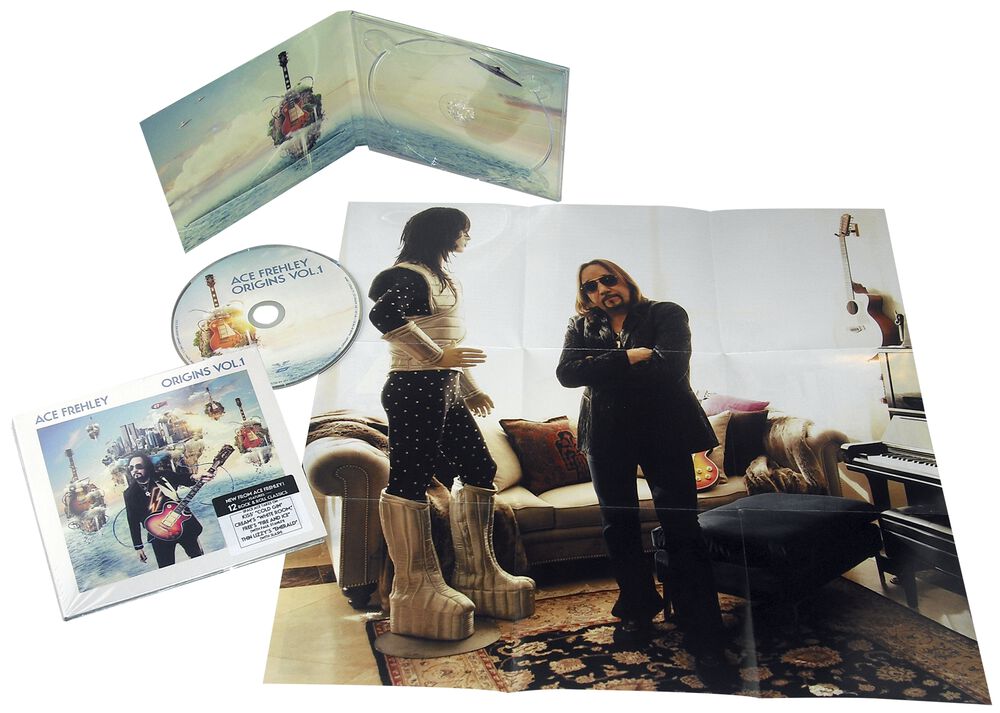 Released in a digipak.

Rock and Roll Hall of Fame member ACE FREHLEY announces the release of 'Origins Vol. 1', which includes a collection of 12 newly recorded classics from the formative period of ACE. The disc was recorded with some guest stars, where certainly the collaboration between ACE and KISS front man PAUL STANLEY will get the most attention. By joining forces, the two dish out a great version of Free's "Fire And Water". Since the 1998 release of the KISS reunion album Psycho Circus, this represents the first collaboration between the two artists. Other guest stars on the album are Slash, who has recorded the leads to the Thin Lizzy classic "Emerald". Lita Ford also has played a solo, namely to Troggs hit "Wild Thing", to which she also contributed some vocals. Along with Rob Zombie guitarist John 5 ACE intones the Hendrix classic "Spanish Castle Magic" and the KISS all time fave "Parasite", which ACE composed, and which he also sings for the first time here. Pearl Jam's Mike McCready refines the guitar tracks of the FREHLEY composition "Cold Gin", which was also sung for the first time by ACE himself.