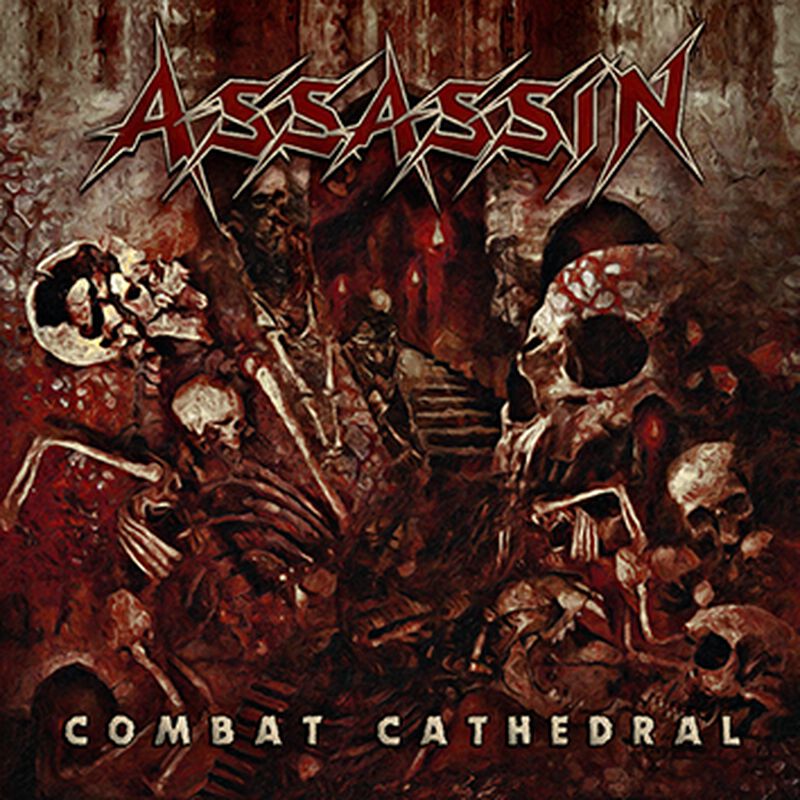 Is released in digipak.

After their very successful studio album "Breaking the Silence" (2011) and the DVD "Chaos & Live Shots" that followed in 2012, the German thrash metal pioneers finally release a new studio album. However, it's not the only new thing: Their singer is new as well. When the band's long time shouter Robert Gonella wasn't a member of 'Assassin' any more, they urgently searched for a substitute. They found Ingo "Crowzak" Bajonczak. It didn't take long to discover that Ingo is very able to follow in the steps of the ex singer Robert. The band presents a high quality thrash metal thunderstorm. From the beginning to end, "Combat Cathedral" is a powerful thrash metal album. It's full of precisely played, quick and heavy riffs. 'Assassin' demonstrates that they are still one of the best German thrash metal bands. So, buckle up and turn up the volume in order to enjoy this album.